How can we help you today?

We identified the load times of the Manage Users interface as a part of the system that wasn’t performing as well as we’d like, this has now been improved and should load noticeably faster.

The user session indicators displayed on the home page now have easier to see colours in their status indicators for Logged In or Actively Using states.

The menu now has a new indicator to let users know which interface they are currently viewing which is more visible when the menu is collapsed. 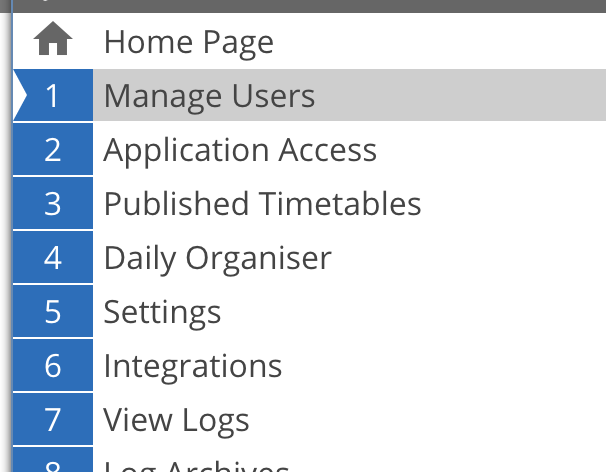 Users can now download Published Timetables and Daily Organisers directly from their lists in the Admin Console. This can be done by selecting one or more files and selecting download from either the right-click context menu or the File Actions menu at the top of the page. The context menu can be used to quickly download a file without selecting it simply by right clicking on it. 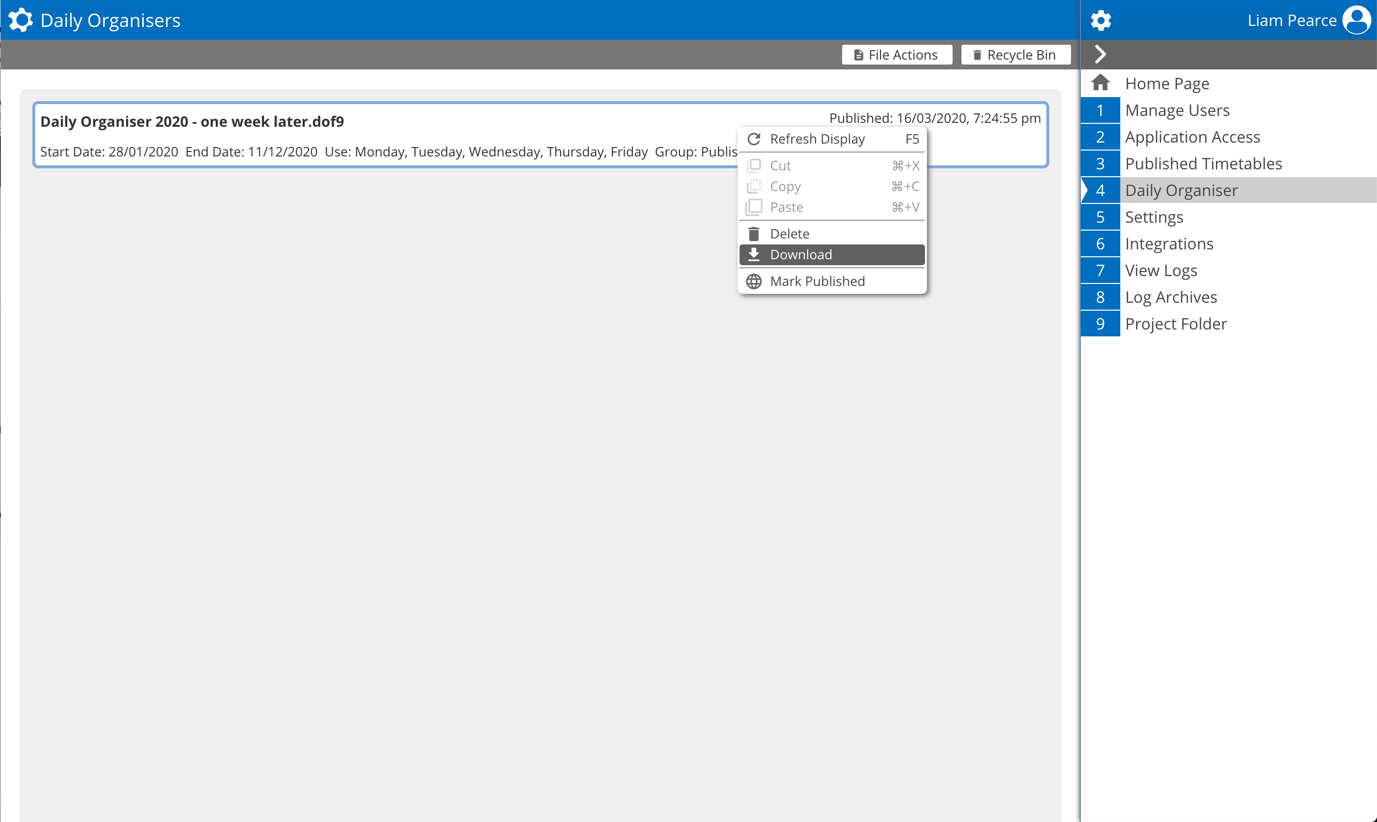 We identified that under certain circumstances users weren’t able to set Office365 as a custom email server. This has been fixed and should now return a success status. The systems account testing has also been expanded to also test custom Send-From addresses so that you know it will work, addresses that fail testing will not be available for use. 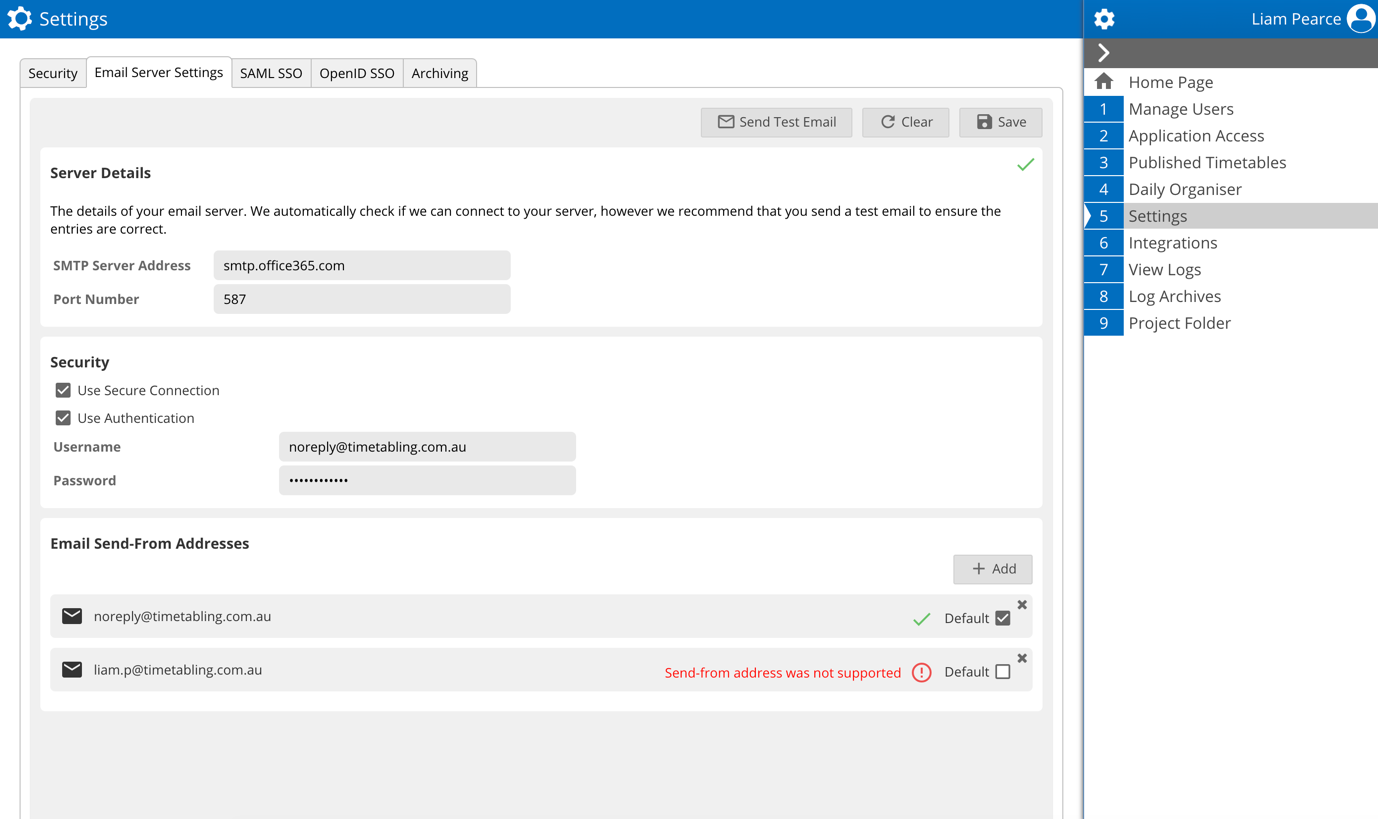 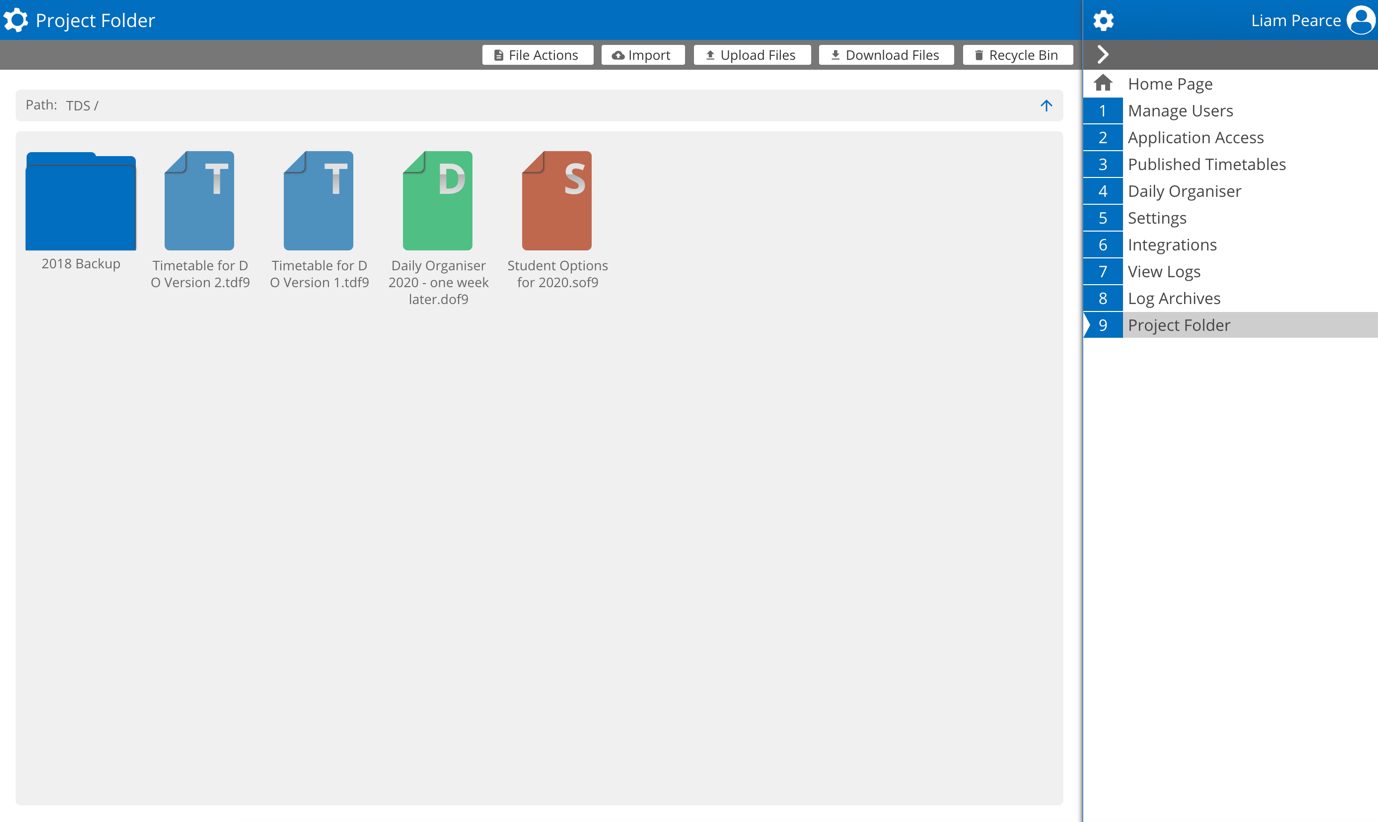 The project folder has been modified to allow users to upload published timetables files without have to rename their file extension.

Did you find it helpful? Yes No

Send feedback
Sorry we couldn't be helpful. Help us improve this article with your feedback.